Julian Maclaren-Ross - Of Love and Hunger 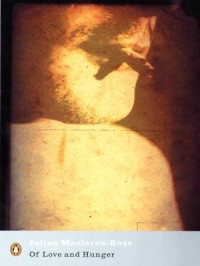 Well, to be completely honest with you, I had even forgotten I bought this one on a second hand books purchasing spree in Paris.

Then, as soon as I've seen the novel on my bookshelves stuck in between scores of moth-eaten Penguin titles by David Lodge and George Orwell, I remembered how excited I was when I found it back in France.

I will be partial in this review.

As a matter of fact, there's no other place and time in literature which I like more than England between the 1930s and 1940s. In a span of 15 years and a radius of 100 miles from London novelists such as the aforementioned Orwell, Graham Greene, Patrick Hamilton, Christopher Isherwood, Evelyn Waugh and P.G Wodehouse wrote some of the best stuff I've ever read.

From now onwards, I will make sure to include the name of Julian Maclaren-Ross in this pantheon of mine. Because 'Of Love and Hunger' is one of those novels which leave a mark.
If I taught my own class of English literature of the 1930s and 1940s I would tell my students to read this book together with 'The Slaves of Solitude' by Hamilton, 'Coming Up For Air' by Orwell, 'Put Out More Flags' by Waugh and 'The Ministry of Fear' by Greene.

Julian Maclaren-Ross was an interesting chap - bit of a scoundrel if you ask me - with awful drinking habits, dandy clothes and sordid lodgings. He wore shades in all seasons, spent fortunes in the pubs and didn't manage to write as much and as good as he could have done in his debaucherous life.

However this 'Of Love and Hunger' is an achievement in itself.
The style here is so terse and yet meaningful, the sentences so short and straight, the lines of dialogues delivered like bullets that one cannot get distracted.
I could easily picture the author sitting at his desk pushing the keys of his typewriter in a bout of apparently furious but calculated inspiration with a bottle of whiskey on his left and a flask of gin on his right.

The greatest gift of this novel is its dark humour.
I cannot recall such humour in, say, Patrick Hamilton another half-forgotten British author of the same period with whom Maclaren-Ross shared much in lifestyle and in prose.
'Of Love and Hunger' is certainly derivative in some of its parts paying a clear debt to 'Keep the Aspidistra Flying' and introducing a capricious female character, Sukie, who bears many a resemblance with the suburban femme fatales portrayed by Hamilton and Waugh.

Nevertheless, the ability of Maclaren-Ross shines when introducing the reader to the pedestrian world of vacuum-cleaner door to door sellers. These young and disillusioned chaps, who are unsure if considering themselves members of the working class, lead a depressing life made of 'rackets', 'dems' (demonstrations) pining for sales and commissions.

Julian Maclaren-Ross is masterful and pitiless in portraying the competition between the two rival vacuum-cleaner firms the protagonist here has to work for. A competition which looks so dramatically contemporary to me with all of its empty slogans, its fake team spirit, its 'best seller awards', its internal hyerarchies, its dodgy 'schools' where agents are told what to do and say.
All of this reminded me of at least a couple of places where I worked and is surprisingly close to the whole customer service subculture now so ubiquitous in the UK (and elsewhere).

This is a novel written in 1947 and set around 1938 so I assume it was not regarded as 'ahead of its times' when it got published. But still, 'Of Love and Hunger' deserves to be read and enjoyed for plenty of bloody good reasons in AD 2013.